We use the Driver Automation Tool to download and deploy the drivers used during Operating System deployments. The tool can create traditional driver packages or standard application packages. We use standard application packages due to the sheer number of make and models of computers deployed across campus. While the majority of our machines do come from the CPI list, the list does provide between 14-18 different models of campus each year that all need to be supported.

There are basic configurations that need to be done to the tool before use. The tool can be found on the start menu of the Site Server. The tool is run through the Site Server due to network access and SCCM permissions.

Settings For Our Environment 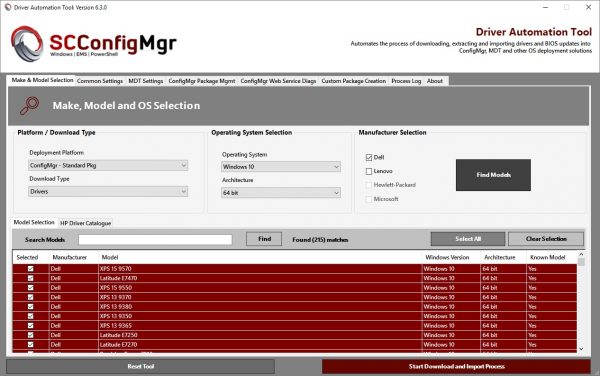 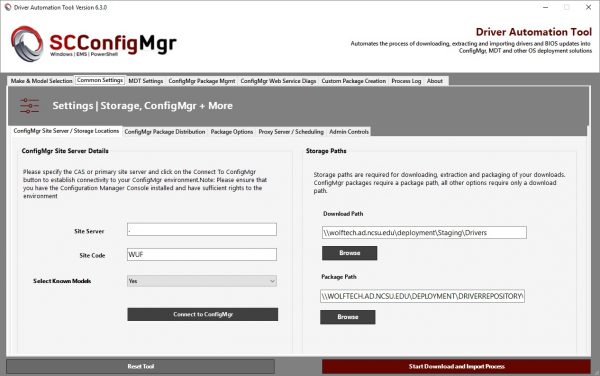 Site Server: Just a dot “.”. For some reason putting in the FQDN name of the Site Server is not found

Select Known Models: Yes. This allow us to use the information in the SCCM database to pre-select current make and models 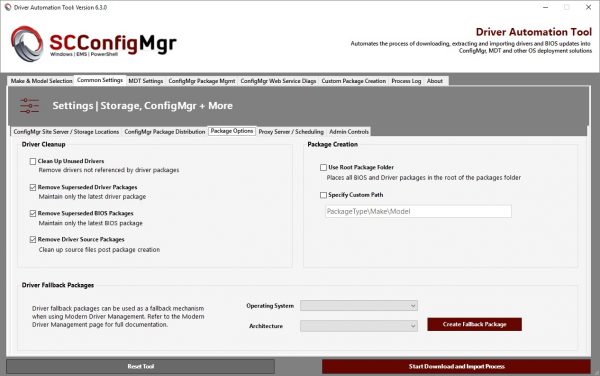 Cleanup is something we are normally bad at. The tool can clean up old versions of package as well as clean up source files after packages are deployed.

All other tabs and settings can be left as is.

There are going to be times when we need drivers that aren’t available through the tool. The tool does allow us to create custom driver packages from drivers you’ve downloaded and complied ourselves.

There are three pieces of information that need to be collected from the target machine:

When run on a reference computer the PowerShell returned: 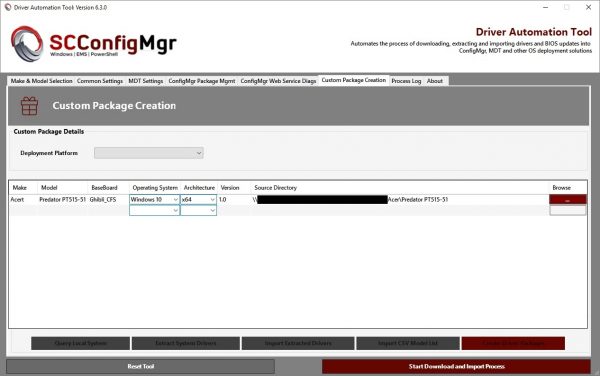 Version: This can really be any version number you want. This only matters when you add the a newer version and the tool is trying to supersede previous version.

Source Directory: When filling in the fields up to that point it will be building an UNC path, which will not correlate to where things are actually stored. Click the browse button and navigate to where the drivers have been downloaded.

The drivers will be created and put at the root of the Packages directory. If there isn’t a folder under Driver Packages create one and move the newly created drivers there.

Collect Drivers from a Computer

If you have a system where drivers are not being downloaded naively by the tool and drivers aren’t available for download the tool can also extract drivers from machines. It is an “advanced” feature and send a ticket to activedirectory_imaging@help.ncsu.edu for details.